A museum for the 21st Century

In March 2015, the Modern Wing of the Museo de Bellas Artes de Asturias was inaugurated; a long awaited inauguration, co-funded by the European Union to its Operational FEDER Program Asturias 2007-2013. The current building corresponds to the First Phase of the Project, dedicated to exhibiting the museum´s contemporary art funds.

The Modern Wing has been designed by the architect Patxi Mangado from Navarra and executed by SEDES S.A., the winning company of the call from 2006.
The building is erected on the plot previously occupied by five buildings, located in number 10 (Casa de Solís-Carbajal, 17th Century), 12 (Casa de Omaña, 16th Century), 14 and 16 of Rúa Street and number 1 of Alfonso II el Casto Square (end of the 19th – beginning of the 20th Century). These buildings had been obtained step by step by the Government of the Principado de Asturias. The first building was Casa de Solís-Carbajal, acquired in 1997. The other four buildings were added later, acquired by purchase, exchange and expropriation.

Different aspects stand out in this Project. Firstly, the double façade, which acquires the dimension of an urban curtain and which can be seen through the nude gaps of the previous buildings. For Mangado, this is a component with huge formal, visual and functional intensity, where a reading can be based on the different layers of the memory.

After this, the public staircase was conformed, allowing the access to the Museum levels. The double and triple areas in the entrance, spaces for the dialogue with the historical façades to the extent they come closer and get away, always in the interior, exhibiting also an interesting balance of spaces and volumes.

Other elements to point out in the Modern Wing are the “empty spaces”, especially those of the large skylight or courtyard, a reference of the whole complex. Both in this as well as in the skylights of the second floor, the searched light is “exquisitely subtle”. Likewise, the finish of the skylights on the roof evoke, according to the architect, the bases of the Cathedral’s dome and chapels.

Open space between the two façades of the Modern Wing. Photography: Juan Rodríguez. 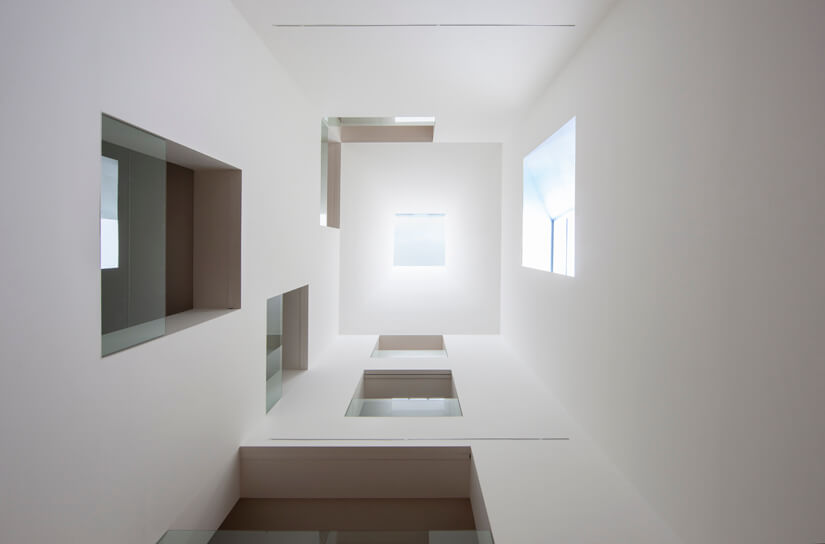 The Modern Wing exhibits a selection of the contemporary art collections of the 20th and 21st Centuries, following a chronological discourse beginning on the ground floor to end on the second floor. It has also an independent space on Floor -1, devoted to the Asturian sculptor José María Navascués. 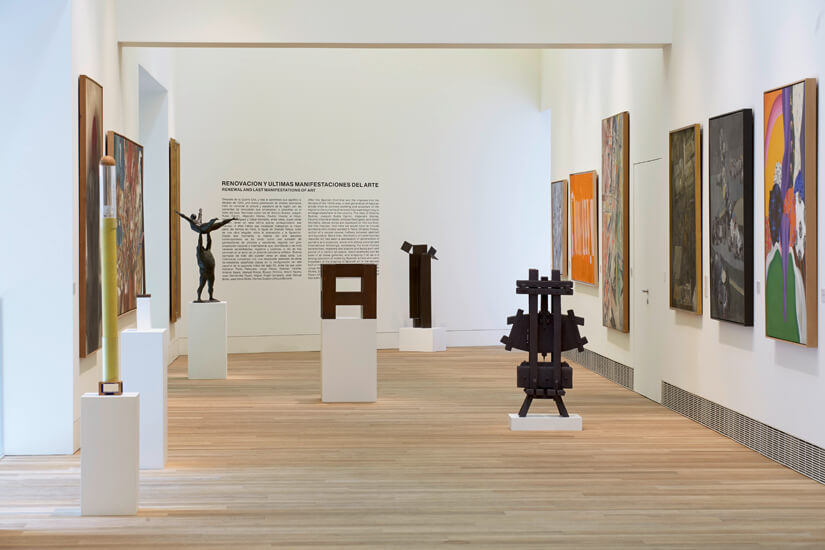 The discourse start on the ground floor with the luminary paintings of Joaquín Sorolla (Room 17), followed by two other rooms (18 and 19) devoted to Spanish painters and sculptors of the first years of the 20th Century, with such prominent names like Regoyos, Anglada-Camarasa, Casas and Mir, among others. These rooms are followed, on the first floor, (Rooms 20 – 23) by the postimpressionist renovation, the New Art and Asturian and Spanish Avantgarde. Here, we may find the works of Asturian artists like Evaristo Valle, Nicanor Piñole, Joaquín Vaquero, Paulino Vicente, Aurelio Suárez and Luis Fernández, in dialogue with Picasso, Miró, Dalí, Blanchard, Gargallo and Gutiérrez Solana. The second floor (Rooms 24-27) exhibits the most renovating works of artists from the period after the Spanish Civil War, as well as the latest art works. The names of Antonio Suárez, Bernardo Sanjurjo, Alejandro Mieres, Rivera, Oteiza, Hernández Pijuan, Tàpies, Barceló and Equipo Crónica are just some of the musts in these rooms. 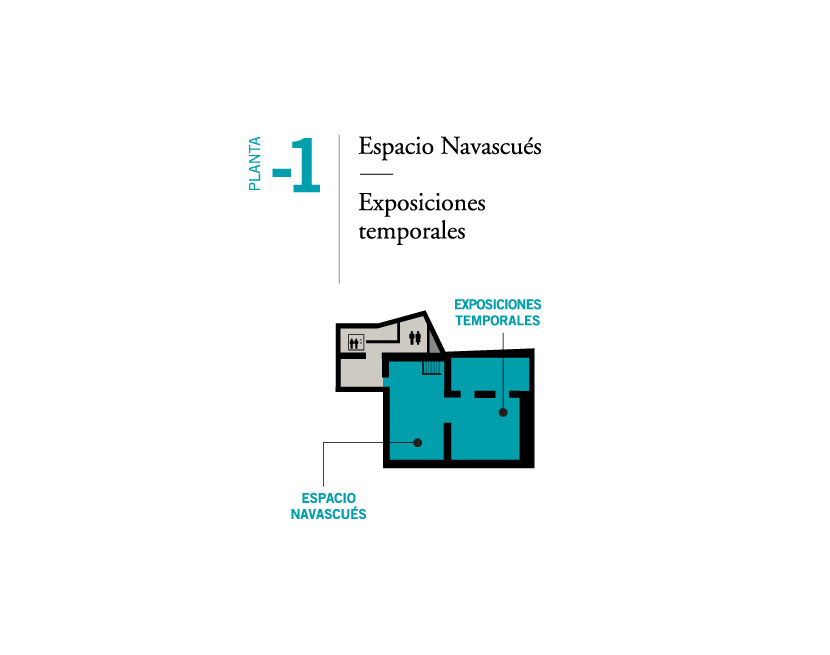 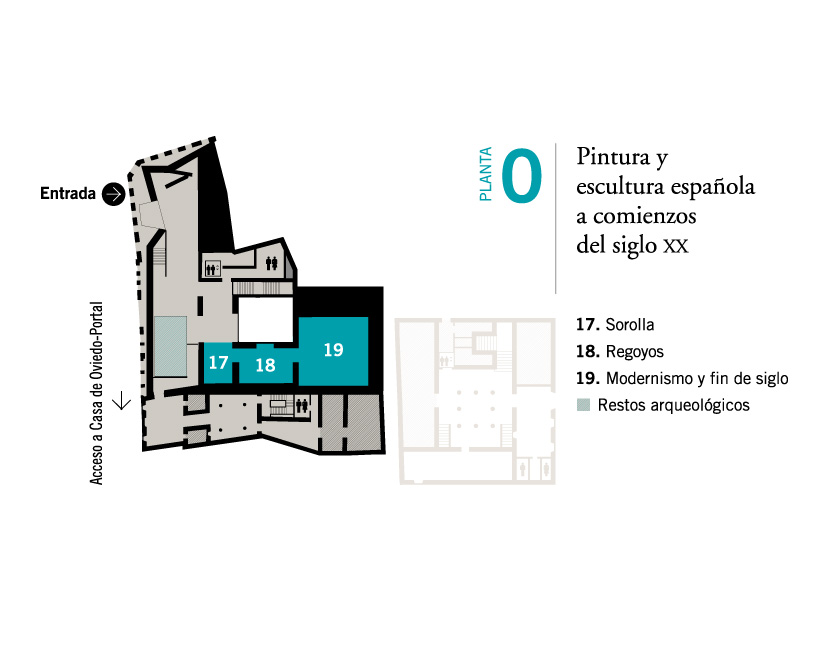 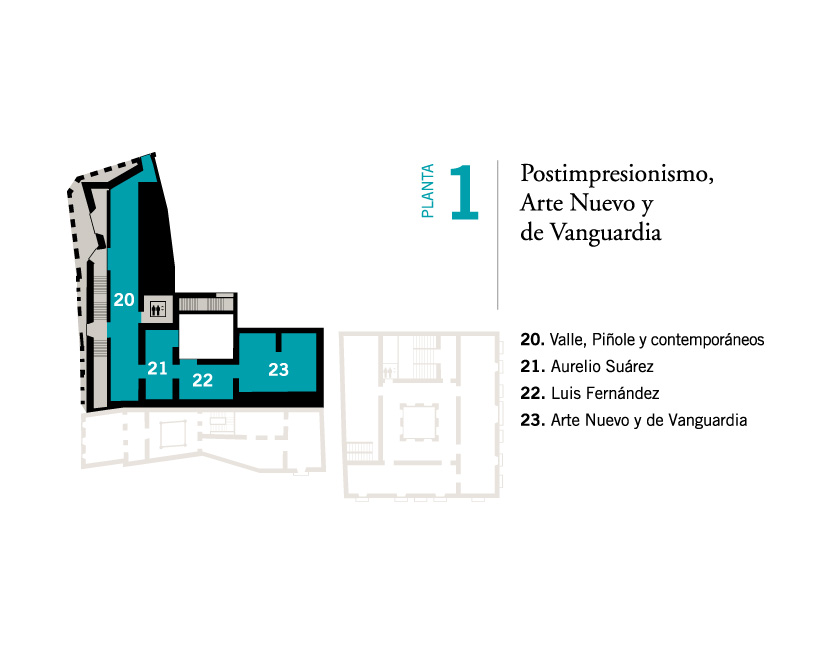 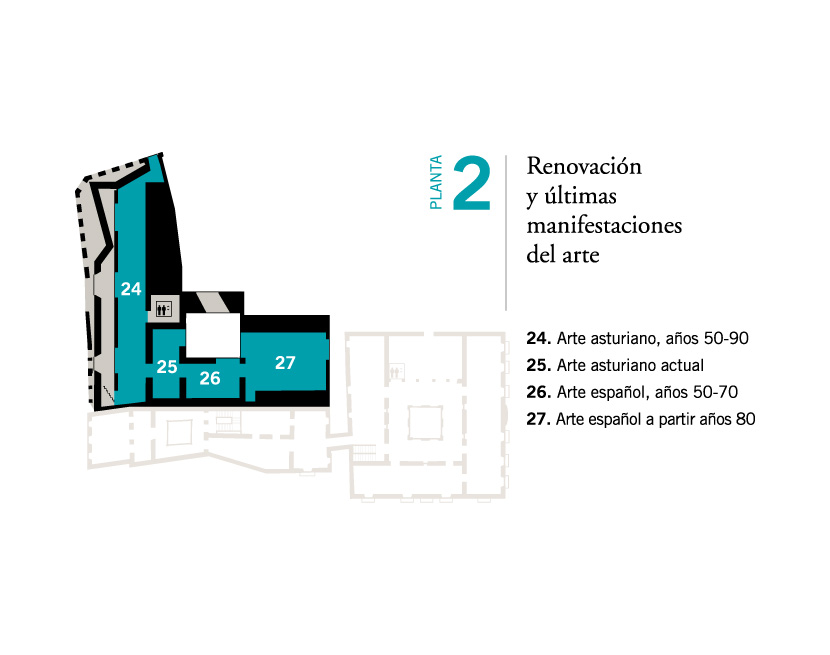 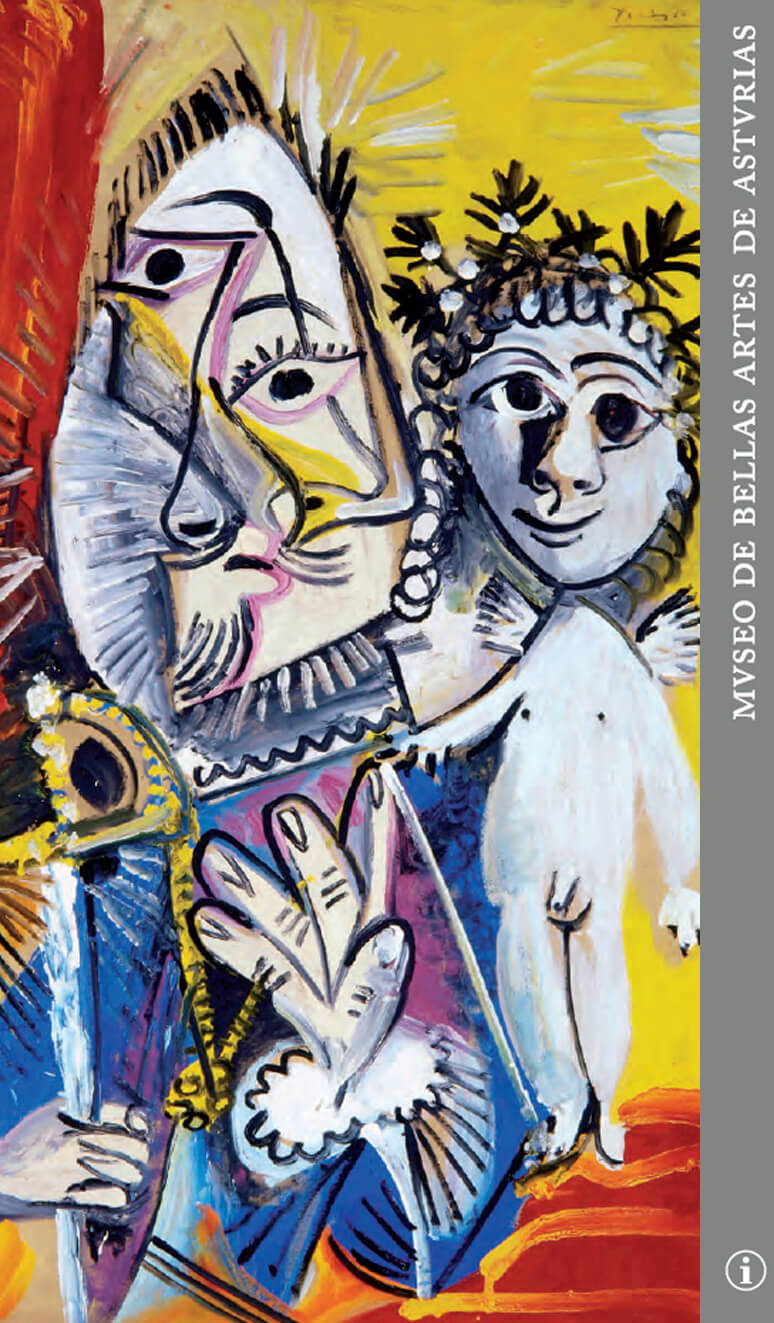 Leaflet of the Modern Wing

Information on The Modern Wing